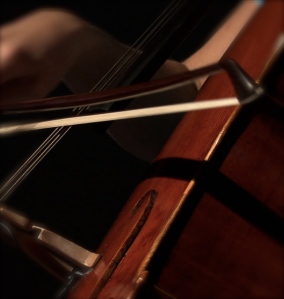 Best-selling author Malcolm Gladwell wrote a book a few years ago called, Outliers: The Story of Success, which is, in his words, about “men and women who, for one reason or another, are so accomplished and so extraordinary and so outside of ordinary experience that they are as puzzling to the rest of us as a cold day in August.”  In the book, he looks at a wide variety of people and occupations, from airline pilots to entrepreneurs to hockey players to software engineers, and identifies and examines the attributes of success.  Beyond talent and intelligence and ability, many of the characteristics of success include things largely outside of our control, things like “culture and community and family and generation.”

I was fascinated by one startling point he makes.  The uncommonly successful person has spent at least 10,000 hours honing one’s skills.  He argues that the 10,000 Hour Rule applies universally—tennis prodigies, chess champions, scientists, classical musicians, and successful business entrepreneurs all share the trait.

Of course, it wasn’t long until I started doing the math of my own life.  I started playing the piano when I was almost 5, and worked my way through a half dozen piano teachers until I was 13: ~1400 modest hours.  Played clarinet in school bands and was introduced to student conducting, in addition to some amateur songwriting and playing piano and keyboards, so to age 16: ~3,500 hours.  Played coffee houses and other gigs, began performing with bands, and learned the craft of studio recording, so to age 21: ~4,900 hours. Given I had a day job as an aerospace engineer, I still played steadily in bands (fusion, rock, church, originals), taught myself to play jazz piano bar, began recording independent projects in a demo studio, took classes and conferences and read books, and I did a whole mess of songwriting, so by age 29: ~9,600 hours. And if I were honest with myself, I still wasn’t all that good of a musician.

So I probably hit the 10,000 Hour Rule around age 30, the same time I entered into full-time vocational ministry.  And in retrospect, that was the period of my life when I actually started to get pretty good at what I did.  I was recording some of the best music of my life, was leading worship bands at church as well as my own band, was arranging and songwriting and gigging some big gigs. And also—probably not coincidentally—I think that was about the time in my life when I began to understand that I didn’t have to prove anything anymore.

Gladwell cites the Beatles who as a group honed their skill and sound by playing over 1,200 gigs in Hamburg nightclubs between 1960 and 1964.  By the time they had been “discovered,” they had amassed over 10,000 hours focusing their talents, honing their skills, characterizing their unique sound, and forging their group identity—and the musical world was never the same.

I think about the many artists I know—musicians, painters, filmmakers, dancers, actors, writers—and the price they must pay in order to be good at what they are passionate about.  I think about the aspiring 22 year old songwriter who just released his first CD, the young 24 year old aspiring filmmaker who is wondering whether he should quit his day job, the 30-something worship leader who just wrote his first book, the 18 year old vocalist who is trying to figure out whether to major in music, the 50 year old mom who fell in love with the cello and is seriously taking lessons.  And while I believe Gladwell is right in asserting that much of success is beyond our control, one of the things that is in our control is dedication to our craft.

In a celebrity-driven world where auto-tune and Justin Beibers exist, work ethic seems a quaint notion at times.  But we do have an obligation to steward that which God gives us.  And that includes the talents given to us as artists. In other words: Do The Math.

All original content © 2001-2020 Manuel Luz. Please request permission prior to use. Thanks!