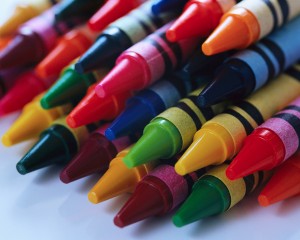 The most recent edition of Newsweek Magazine is bannered with the title, “The Creativity Crisis.”  The feature article describes a scientifically measured decline in the collective CQ (creativity quotient) of American children and adults.  According to the article, “With intelligence, there is a phenomenon called the Flynn effect—each generation, scores go up about 10 points. Enriched environments are making kids smarter. With creativity, a reverse trend has just been identified and is being reported for the first time here: American creativity scores are falling.”

The article goes on to describe the necessity of human creativity, an “undisputed” need that goes far beyond the artistic connection—it affects our ability to sustain economic growth, to deliver health care, to even bring peace to Afghanistan.   Creativity is a valued attribute, and yet, the United States’ collective creativity is declining.

The article states, “It’s too early to determine conclusively why U.S. creativity scores are declining. One likely culprit is the number of hours kids now spend in front of the TV and playing video games rather than engaging in creative activities. Another is the lack of creativity development in our schools. In effect, it’s left to the luck of the draw who becomes creative: there’s no concerted effort to nurture the creativity of all children.”

And all this got me thinking.  Is creativity a value in the American Christian Church?

I guess the short answer is yes…and no.  Yes, there are areas where creativity is encouraged and rewarded.  Writing sermons, composing worship music, and…well, I guess that’s about it.  There are pockets of artistic creativity in the Christian subculture—drama, film, books, and quilting bees, to name a few.  But I guess creativity doesn’t really rate as one of the official fruits of the spirit.  And that’s what makes this all a bit confusing.

Creativity—defined as “the ability to use the imagination to develop new and original ideas or things, especially in an artistic context”—is one aspect of free will, the ability God gave humans to choose the course of our own lives separate from His ability to override these choices.  So it is one characteristic of what it means to be made in the image of God, who is the infinitely Creative One.

From a calling perspective, human creativity is a part of the cultural mandate—to be fruitful and multiply, to care for and steward the earth, and even to form, create, and imagine. (Genesis 1:26-28, 2:19-20).  God gave us imagination and creative abilities so that we could plant, build, invent, organize, and do the things necessary to properly steward the world.  In short, God makes us creative beings, and then He calls us to be creative.  And finally, He allows us to experience joy through the act of creation, one other attribute of what it is to be made in His image.

Perhaps those of us who consider ourselves Christ followers need to understand the God-given gift of creativity in all its forms, whether we are engineers, scientists, teachers, artists, or stay-at-home moms.  We need to see creativity as an act that inherently gives glory to God.  Perhaps those of us in the church need to develop our theologies a bit more, so that we might value creativity and allow it to flourish in the church.  Perhaps we might re-imagine the church as a place where creativity is seen as an act of Christ-likeness.  And perhaps we need to understand that our God is the Eternally Creative One, who is eternally joyful in the acts of His creation, One who feels joy even when He sees the acts of creation expressed by you and I, His Children.

2 thoughts on “Reframing “The Creativity Crisis””

All original content © 2001-2020 Manuel Luz. Please request permission prior to use. Thanks!